“This section of Paul’s journey felt more personal.” Read on for the verdict on last night’s TV. 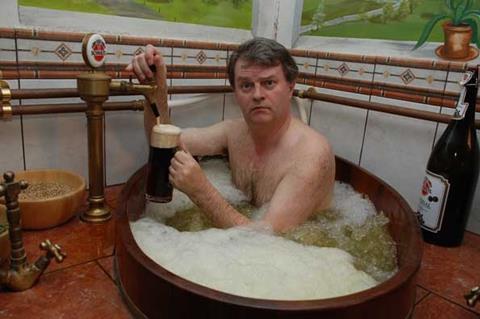 “Merton’s brief seems to be to cross Europe looking for weirdos, who are easy enough to find but add little value to a travelogue.”
Brian Viner, The Independent

“One of the pleasures of Kirsty Young’s intelligent four-part exploration into how family life has evolved since the Second World War is the archive material.”
Brian Viner, The Independent

“It was all so unsatisfying… Without an interesting thesis to define it, the series relies on the quality of its subjects. Unfortunately, the programme made a point of finding some of the least interesting British citizens for her to talk to, and in vast number.”
Helen Rumbelow, The Times

“The mind-expanding drugs and love-ins [of the Sixties] passed by a great many of us. One of the strengths of The British Family is that is grapples with this point as it sketches out the big, sweeping arcs of social change.”
Matt Baylis, Daily Express

“The most watchable thing he has ever filmed. His culinary exploration of India is a bit derivative… But it’s compelling, for the humiliation. If there’s another bigger and prouder than Ramsay, it’s India.”
Helen Rumbelow, The Times

“The first salvo had some memorable moments, not least the spectacle of our man intrepidly climbing 40ft up a tree to cut down an ants’ nest, these ants and their eggs being the main constituent of a particularly splendid chutney.”
Brian Viner, The Independent

A History of the World: Culture Show Special, BBC2

“The BBC is seeking an object to define our times. Bikes, microchips, false breasts?”
Nancy Banks-Smith, The Guardian