“I felt like Dorothy in the Wizard of Oz going from a world of black and white to glorious Technicolor.” Read on for the verdict on last night’s TV. 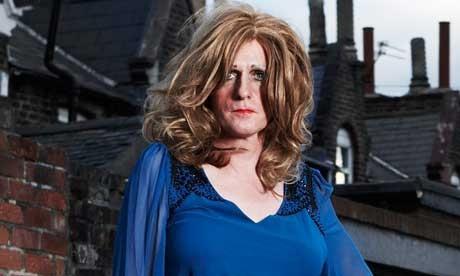 ALL IN THE BEST POSSIBLE TASTE, C4

“This being the collaboration of a cross-dressing Turner Prize winner and C4 you might have expected a certain bias to the argument but actually its looked at every group with equal quantities of humour and detachment, making some clever points about the idea of “taste” along the way.”
Matt Baylis, Daily Express

“Watching Perry at work, I felt like Dorothy in the Wizard of Oz going from a world of black and white to glorious Technicolor. I never knew it could be like this…  For the first time ever, I became determined to visit a work of art. The man is clearly, in every way, a genius.”
Lucy Mangan, The Guardian

“You genuinely felt that he wasn’t judging anyone. But in last night’s episode, I think his own aspirations showed… If you didn’t see the series it’s what catch-up television was made for.”
Tom Sutcliffe, The Independent

“Sadly, given the relish with which he’s got his teeth into their various cultural protocols and eccentricities, his conclusion — that there’s no such thing as good or bad taste, just different taste — was a bit of a cop-out. Probably correct, granted, but from a man as wise as Perry I was hoping for a slightly more pungent sign-off.”
Ed Potton, The Times

“Dominic Savage’s experiment in improvised drama has conspicuously failed… The words have been drably insufficient, the imagery and soundtrack wildly excessive. Next time he should just write it.”
Tom Sutcliffe, The Independent