“Like so many other cooking programmes, it tried to cram in a bit of forced travelogue.” Read on for the verdict on last night’s TV. 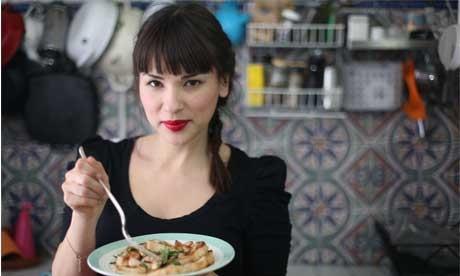 “It all felt a bit like reinventing the wheel. It wasn’t just the food that was an uneasy mishmash: the format was, too; like so many other cooking programmes, it tried to cram in a bit of forced travelogue to add local colour.”
John Crace, The Guardian

“Khoo’s selling point as a chef appears to be demystification and breezy enjoyment. And mottos. My motto is: ‘Too many cooks end up on the telly.’”
Tom Sutcliffe, The Independent

“The reason why they choose to leave offensive messages on RIP and personal accounts turned out to be depressingly banal: because it is simple to do and there is almost no comeback.”
John Crace, The Guardian

“Bacon did pretty much everything right in making the film. It didn’t directly address the genuinely tricky issue of internet freedom – but it offered a cool, unhysterical look at how ugly some online behaviour is.”
Tom Sutcliffe, The Independent

“The soap that forgot to take its anti-depressants. Perhaps it thinks its key role should be ‘expectation management’?”
Alex Hardy, The Times

“Underdone it aint, but congrats, Corrie, on showing so many shades of dirt at once.”
Alex Hardy, The Times