“These small fry were far more interesting than their celebrity equivalents.” Read on for the verdict on last night’s TV. 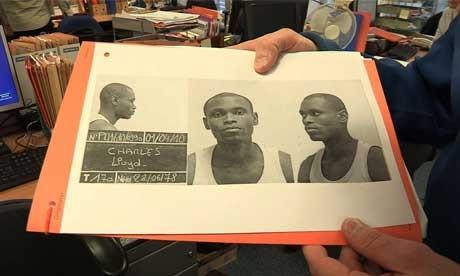 “Going after the most famous bandits you’ve never heard of, if you like. Or, as Channel 4 would have it: Hunting Britain’s Most Wanted. In truth, these small fry were far more interesting than their celebrity equivalents. The famous ones are much too visible to risk making an escape; they’re not going to hop on the back of the exports lorry to begin lives as fugitives. Not so the 100 Albanian offenders living and hiding in the UK.”
Alice-Azania Jarvis, The Independent

“It followed Scotland Yard’s extradition unit rounding up foreign crims who had legged it to the UK. But there the similarities with the A303 ended. Britain’s Most Wanted battered you with its dullness. If the producers had set out to show that, contrary to what the public may think, catching serious criminals on the run from abroad is actually pretty boring, then they couldn’t have done a better job.”
John Crace, The Guardian

“The detectives who work for the unit move with a speed and an efficiency that is rather terrifying, which might explain why some of the people they nabbed barely had time to be surprised.”
Matt Baylis, The Express

“Jonah continued doing what he does best: forgetting things and being weird. I wouldn’t trust him if I were Lia. On the other side of the law, gangland put on its best parade of Grizzled Geezers. They all look alike, more or less, which only adds to the sense of confusion. One thing, though, became clear: nice Mr Gatehouse isn’t nice at all.”
Alice-Azania Jarvis, The Independent

“I don’t mean to patronise the ideas that underlie Blick’s serial. The problem is their execution. The Shadow Line is not boring to discuss. It is boring to watch.”
Andrew Billen, The Times

“Like the A303 itself, the film ended suddenly and in no place in particular. But then as both had started just as randomly, you could argue there was a subtle coherence at play. I certainly didn’t begrudge a minute of the time I spent with Fort.”
John Crace, The Guardian

“Making people risk money on whether Escoffet can do his tricks or not is the most cunning trick of all.”
Matt Baylis, The Express

Inside the Human Body, BBC1

“The series is filmed like a yoghurt commercial. It makes you feel good about being human. Compare and contrast.”
Andrew Billen, The Times