“A marshmallow-soft doc.” Read on for the verdict on last night’s TV. 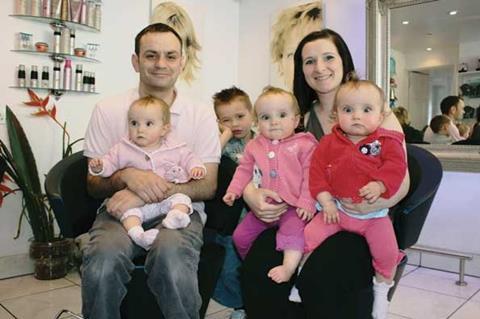 “This marshmallow-soft documentary introduced us to five cuties whose parents believed that they had a great if short future ahead of them as photographic models… Since you can’t really get interested in the personalities of babies, attention turned to the motives of the parents.”
Andrew Billen, The Times

“It was love at work, I suppose, but it was love just a whisker away from the kind of thing that can really screw you up for life.”
Tom Sutcliffe, The Independent

Horizon: The Secret You, BBC2

“This was a good accessible introduction to a puzzle that Professor McGinn believes our brains have simply not evolved sufficiently to answer (so what hope had Horizon?).”
Andrew Billen, The Times

“I learned about the age that self-awareness begins from this fascinating Horizon.”
Sam Wollaston, The Guardian

“A programme like this was never going to be able to arrive at a conclusion, only to mess with the smooth illusion of personal autonomy that nature has had thousands of years to paste into place.”
Tom Sutcliffe, The Independent

“A messy hour in which the new rape unit in Portsmouth inadvertently wasted our money investigating a rape that had not happened.”
Andrew Billen, The Times

“When you consider the statistic – 15,000 rapes reported last year, only 955 men convicted for it – they seemed more like priests than policemen.”
Matt Baylis, Daily Express

True Stories: The End of the Line, More4

“This brilliant film tells you everything you need to know about the collapse of global fisheries. Basically we cocked up, big time, with the oceans.”
Sam Wollaston, The Guardian.