“It’s beautifully done, intimate without being intrusive.” Read on for the verdict on last night’s TV. 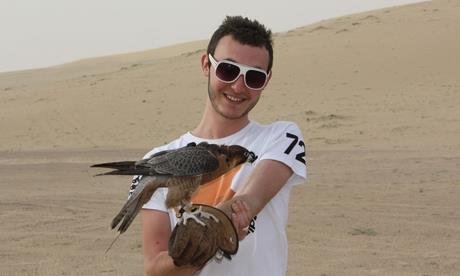 “It’s beautifully done, intimate without being intrusive…Inspirational too, and that’s because of Alex’s amazing attitude.”
Sam Wollaston, The Guardian

“If Alex’s death approached perfection, the same cannot be said of the film that…preferred to jazz things up with animated graphics than to tell us who Alex really was.”
Andrew Billen, The Times

“This was a parade of American comedians trading on the kind of observational humour that felt tired a decade ago.”
Andrew Billen, The Times

”Mr Stein is in turbo-avuncular mode here…red-faced and reminiscing like there’s no tomorrow…It’s Stein’s schtick, and he does it well.”
Alice-Azania Jarvis, The Independent

”It would be dull, except for the fact that the performances are so strong.”
Alice-Azania Jarvis, The Independent

“A nice mix of Bach and bickering, with the Pathernon or the Ionian Sea as a backdrop…And anyone still worried that they are watching rubbish can perhaps persuade themselves that it throws up some interesting questions about the value of art.”
Sam Wollaston, The Guardian

“This series is a clever trick. It’s the unlikely marriage of science and drama but also a way of sexing up archaeology by keeping it away from the city walls and goats’ horns. Instead it focuses exclusively on the human bones and the tragedies that buried them.”
Matt Baylis, The Daily Express