“The dialogue is too pat by half, which in turn makes the characters unconvincing.” Read on for the verdict on last night’s TV. 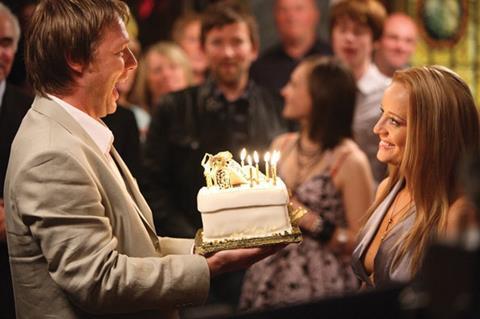 “In trying to be all things to all people – poignant, funny, insightful, romantic, philosophical, sweet – it falls between more barstools than a paralytic drunk in a bar. The dialogue is too pat by half, which in turn makes the characters unconvincing.”
Brian Viner, The Independent

“Where Souter and his executive producer Andy Harries are going dramatically rather than thematically with all this, I am not sure, and maybe that is a good thing. The dialogue needs to unclench and the story needs to be given time to grow organically as the characters, one prays, deepen.”
Andrew Billen, The Times

“To be honest, I enjoyed the predictable, sentimental bits the most; the strong cast made it a pleasure to watch, even when you knew exactly where it was headed, at least for the duration of the inaugural hour.”
Tim Dowling, The Guardian

“Far outshines every single comic offering bar none made in Britain today and its loss from our screen will be deeply felt.”
Virginia Blackburn, Daily Express

“Searingly realistic dialogue throughout and therefore thoroughly plausible characters, as well as poignancy, humour and insight in spades.”
Brian Viner, The Independent

“Eastenders was certainly dark, though I‘m not sure you could call it brilliant. That’s the trouble with building up to a stunning live crescendo: everything seems a like a bit of an anti-climax afterwards.”
Virginia Blackburn, Daily Express

“Concluded by wondering if our attempts to win the war against native-born Islamic terrorism may be doing more harm than good.”
Andrew Billen, The Times

STORYVILLE: YOUR FATHER”S MURDERER - A LETTER TO ZACHARY, BBC4

“At times I was a little uncomfortable with the tone of this film; it was more manipulative than it let on, and some footage was in questionable taste. There was, however, no denying its impact: like an innertube packed with sand.”
Tim Dowling, The Guardian

GETTING OUR WAY, BBC4

“Last night’s excellent final episode dealt with ethics in foreign policy with reference to the Balkan crisis of 1876, the Hoare-Laval Pact and the Dayton Peace Accord, each explained with consummate economy by Sir Christopher.”
Andrew Billen, The Times