“It is slick enough to be bought by any American TV network and filmed with only minimum alteration.” Read on for the verdict on last night’s TV. 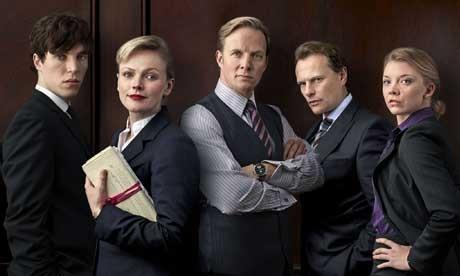 “By the end of the first hour of this six-parter we had taken on not just Ely but Thetford, Wisbech and most of the rest of East Anglia. What I’m trying to say is – it wasn’t good.”
Lucy Mangan, The Guardian

“[Moffat] does something special for British TV drama. He has written the script for a plausible, intelligent, fast-paced, occasionally funny pilot that is slick enough to be bought by any American TV network and filmed with only minimum alteration.”
Andrew Billen, The Times

“In spite of a few cheap tricks, Silk is looking rather fine.”
Matt Baylis, The Express

“It hasn’t yet definitively proved that it’s love of New Orleans doesn’t buy in to the city’s self-mythologising, but it has certainly established that [David] Simon’s ability to control a complicated urban narrative wasn’t a one-off.”
Tom Sutcliffe, The Independent

“Its dodging of hard facts in the interest of synthetic victory left a distinctly unpleasant taste.”
Tom Sutcliffe, The Independent

“This type of TV has far more to do with pantomime than changing the world for the better.”
Matt Baylis, The Express

“All you could do was stare at the TV as the absurd gulf between rationality and Heston’s “mission” deepened.”
Lucy Mangan, The Guardian