“Herzog provided a brilliant portrait of confinement.” Read on for the verdict on last night’s TV. 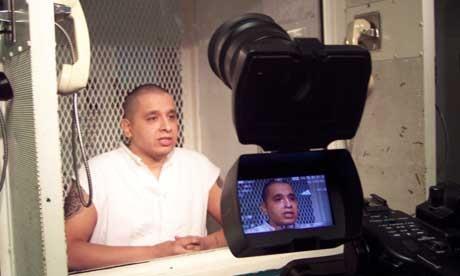 “What it did do was confirm the strange and wonderful innocence of Werner Herzog. I don’t mean by this that he’s a stupid film-maker, just that he’s managed to preserve into maturity a quality of almost childlike earnestness.”
Tom Sutcliffe, The Independent

“It’s bleak – of course it is, it’s about death. It’s also a very human film, even humourous at times. And it’s as much about life as about death.”
Sam Wollaston, The Guardian

“There were gaps in the narrative… but Herzog provided a brilliant portrait of confinement and the imaginative satisfactions it (unlike death) does not, necessarily, preclude.”
Andrew Billen, The Times

Get Your House in Order, C4

“Get Your House in Order bizarrely marries the hoarding documentary genre with a makeover show, pairing an antiques dealer with an interior designer. Judging from last night’s show they could do with a resident psychiatrist too.”
Tom Sutcliffe, The Independent

“Foisting a couple of wannabe TV personalities on her… didn’t really seem like an adequate or appropriate form of therapy.”
Matt Baylis, Daily Express

“John Bishop’s Sport Relief Hell lacked one thing: John Bishop. Well, he was there, of course, but his journey from Paris to London…was so incredibly arduous that he was mostly far too knackered to do what he does. Banter, comedy, chat, all of that.”
Sam Wollaston, The Guardian

Inside the Titanic, Channel 5

“This documentary boldly tried to give us the lot and unlike the big ship it didn’t suffer for its ambition. Whatever you chose to see in it, this was a Titanic story.”
Matt Baylis, Daily Express

Sex and Sensibility: The Allure of Art Nouveau, BBC4

“The allure of Art Nouveau has always needed to be explained to me, and Newsnight’s laconic, mischievous Stephen Smith proved the man to do it. Despite the programme’s subtitle, I got the impression that he found much of what he saw as repulsive as alluring.”
Andrew Billen, The Times