“It’s like The Wire set in Peckham.” Read on for the full verdict on last night’s TV. 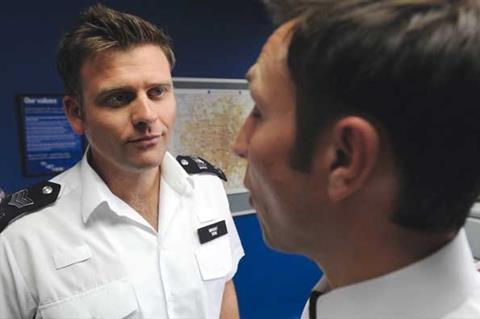 The Bill, ITV1
“Who watches it? There’s so much that’s good about it, but then there’s even more that’s terrible. It’s ITV isn’t it? So you get the crappy background music, the soap-opera close-ups, the cringy title sequences. The acting, for the most part, is strong. And the story-lines aren’t any worse than any other shows of its sort. It’s just the whiff of cheesiness that hangs about it; the dodgy camera angles and hastily-written scripts. Still, on it soldiers. And now here it is, moved to 9pm, newly “gritty”, apparently. Which is fine I suppose, if a little odd. I can’t think of anything less gritty that The Bill.”
Alice-Azania Jarvis, The Independent

The Bill, ITV1
“It’s like The Wire set in Peckham. Gone is the great, jazzy theme, criminally replaced by some drippy electro pap […] The Bill’s continued existence is a mystery. Nobody ever says: ‘Watch The Bill last night?’ But so it goes on. We don’t get excited about The Bill but we like it to be there.”
Tim Teeman, The Times

The World’s Oldest Mums, C4
“The programme could have done with some historical context. To our ancestors, a woman waiting until her thirties or forties to have a child would seem just as “unnatural” while when so many grandmothers have always ended up raising their children’s children, especially in the developing world, quibbles about their fitness to run around after babies are irrelevant.”
Andrea Mullaney, The Scotsman

The World’s Oldest Mums, C4
“The programme didn’t judge, but its inference was that science and consumer choice would eventually bring greater choice for women wanting to be older mothers, whatever nature dictated.”
Tim Teeman, The Times

The Rat Pack, BBC1
“Trailers for next week’s show? You mean there’s more of this? Another five episodes! Oh lordy.”
Sam Wollaston, The Guardian

Rick Stein’s Far Eastern Odyssey, BBC2
“Rick’s not just about food now – he does history, politics, culture, you name it. And he’ll pontificate at length on all of them, borrowing a line from Chesterton, reading a snippet from Graham Greene (I think Rick would quite like to have been Graham Greene). Yeah all right, shut up now, and just show us how to cook the bloody food, will you?”
Sam Wollaston, The Guardian

Boob Job: My Big Decision, BBC3
“This is one of those BBC Three shows with an appalling title and winning spirit, principally because its director captured the peculiarities of each girl’s experience.”
Tim Teeman, The Times