“The documentaries, like their predecessors were agnostic about the Afgan-conflict. Television’s next task must be different. We need to send a Cronkite out to tell us if this thing is winnable.” Read on for the verdict on last night’s TV. 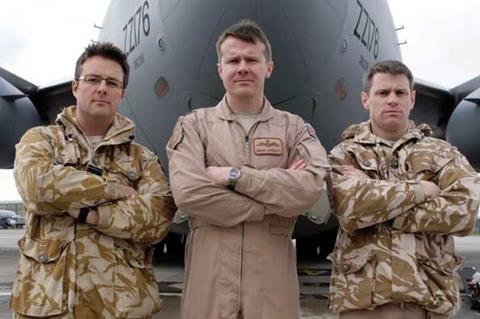 “Beautifully filmed…not even the majestic shots of the bright, cavernous intensive care unit could over power the images of soldiers’ bodies covered with the tangles of medical tubing.”
Andrew Billen, The Times

“This was one of those films that couldn’t help but make you feel worthless in what you do. Especially if you watch TV for a living.”
Sam Wollaston, The Guardian

“The wounded often return home without a mention. Not only did this compelling and intimate documentary put that right, it also provided a jolting reminder that things are getting worse.”
James Walton, The Daily Telegraph

GIRLS ON THE FRONTLINE, BBC3

“They talk of the camaraderie of war and there was some. But there the kicks ended, unless you were the sort to be amused by penises being scribbled on to your every personal belonging.”
Andrew Billen, The Times

“A perfectly fine, if not particularly in-depth piece of television.”
James Walton, The Daily Telegraph

INSIDE THE PERFECT PREDATOR, BBC1

“As with all over-technologised shows the animals retreated to a tiny pin prick, replaced by schoolboy facts.”
Matt Baylis, Daily Express