“The middle classes cannot afford public schools either and are now on the same losing side as the poor.” Read on for the verdict on last night’s TV. 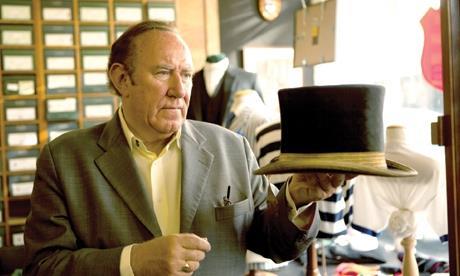 “Andrew Neil’s polemic about the gentrification of British politics, began with the most modish of documentary style flourishes – one of those tilt-shift long-shots that transforms the real world into something that looks like a model village. For once, though, the gimmick had a justification in the script.”
Tom Sutcliffe, The Independent

“Neil’s point was that the chances of the cleaner’s children making the leap have diminished. And it is not just the cleaner’s. The middle classes cannot afford public schools either and are now on the same losing side as the poor.”
Andrew Billen, The Times

“It was a timely examination of why, after a succession of state school-educated prime ministers from Harold Wilson to John Major, we have returned to a 1950s political elite.”
John Crace, The Guardian

The Joy of Teen Sex, Channel 4

“Why do so many girls want to be glamour models these days, the programme asked at one point. Perhaps because they live in a frantically sex-obsessed world? Of which this programme is a perfect symptom.”
Tom Sutcliffe, The Independent

“It’s an easy amiable sort of early evening show with light history and some pretty views.”
Matt Baylis, The Express

“As you can see in this big-hearted reality show, encouragement is a magic ingredient, transforming the bolshy and the hopeless into confident get-the-job-done-types.”
Matt Baylis, The Express

“It was like going through a wormhole to be back among an expedition whose collective memory has long since been as frozen as their bodies. All that spoiled it was James Cracknell.”
John Crace, The Guardian