“British TV only allows you to comprehend foreign policy after a BBC2 doc analyses it.” Read on for the verdict on last night’s TV. 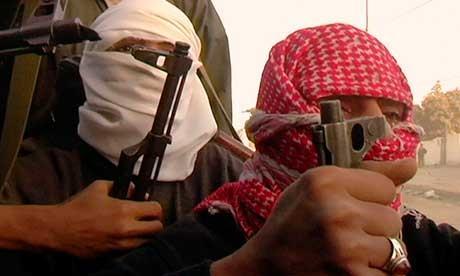 “I sometimes think British television only allows you to comprehend foreign policy after a BBC Two documentary analyses it several years after.”
Andrew Billen, The Times

“This account detailed precisely how the coalition forces managed to turn a victory into something barely distinguishable from a defeat, and mordantly interleaved it with the wishful thinking of the time. It reminds you what a shambles the coalition’s brief tenancy of Iraq was, and restores to that word its bloody origins in butchery and guttered blood.”
Tom Sutcliffe, The Independent

“This is what makes Secret Irag worth following, the fact that the detail is coming from all sides, including Iraqis who’ve been at the heart of the insurgency.”
Matt Baylis, Daily Express

“The real shock came in segments contrasting the candid testimony of military talking heads with archive bursts of triumphalism from Bush and Blair”
Tim Dowling, The Guardian

START YOUR OWN SCHOOL, BBC2

“[Toby] Young convinced me that despite a career built on heroic failure and alienating colleagues, he was in earnest about his new school.”
Andrew Billen, The Times

“Young comes across as a passionate champion, well suited to fighting a divisive cause.”
Tim Dowling, The Guardian

“What I love about [it] is the subtle psychology. It’s devilishly clever and a repair job in two ways. The botched building work is put right and so is our faith in justice and builders.”
Matt Baylis, Daily Express