“There are probably other shows that could be improved by ditching the presenter and replacing them with an animation.” Read on for the verdict on last night’s TV. 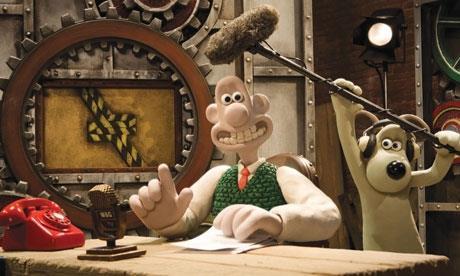 “Wallace’s new show went for laughs every time. The inventions were jokey…the narration was jokey..and the links, by Wallace, presenting from in front of a farting machine, were jokey too. Sadly, linguistic science tells us jokey is not the same as funny.”
Andrew Billen, The Times

“It works, a nice mix of wonder, charm and silliness. I’m thinking there are probably other shows that could be improved by ditching the current overpaid flesh-and-bones presenter and replacing them with an animation.”
Sam Wollaston, The Guardian

“Heavy on the bad puns and relatively light on the elaborate ingenuity which fans have come to associate with one of Aardman’s leading stars. … Overall though, the programme is charming – its fart-flavoured sugar coating a good match to content that looks as if it should pique youthful scientific curiosity.”
Tom Sutcliffe, The Independent

“It’s impossible not to be infected by the immeasurable pleasure he gets from cooking, or the absolute seriousness with which he approaches it. Unlike all the other TV cooks, it’s not about the cook, it’s about the cooking.”
Sam Wollaston, The Guardian

“[It] reminds us not just that dolphins are special but also that we’re less special than we think.”
Matt Baylis, Daily Express

“You had to wonder if any pet owners were really likely to encounter such rare problems with their fluffy friends. The alternative argument would be that this show is just entertainment, but we’d have to wonder what kind of person could be entertained by watching an operation on a dog’s groin.”
Matt Baylis, Daily Express