“There’s no denying the drama’s grip, or the compelling oddity of the relationship it explores.” 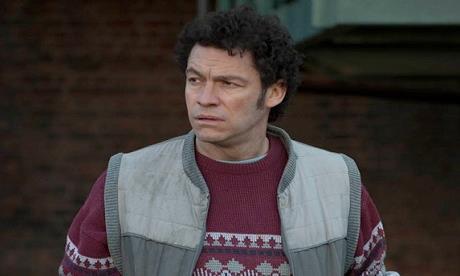 “If the drama had been interested only in the legal nicety of providing vulnerable people with a proxy guardian, then it never would have made it on screen. Like it or not, Fred West’s star attraction gave the green light. The more pertinent question is whether it exploited our interest to any good purpose. A final verdict on that may have to wait until next week but for the moment there’s no denying the drama’s grip, or the compelling oddity of the relationship it explores.”
Tom Sutcliffe, The Independent

“Appropriate Adult is beautifully done. Not sensational or hysterical – we don’t see the crimes, or even body parts being dug from the garden of 25 Cromwell Street, thank heaven. It’s calm, measured, real, haunting and terrible. And yes, at times, even funny too.”
Sam Wollaston, The Guardian

“Based on the strange relationship between murderer Fred West and Janet Leach, the volunteer who acted as his “appropriate adult” during the initial stages of police questioning, this is a tense, claustrophobic offering.”
Matt Baylis, The Express

“It was so entertaining that I often had to remind myself that the women whose burial places West frivolously identified to the police were real people with lives that the writer Neil McKay chose not to dramatise.”
Andrew Billen, The Times

“Is there anything cuter than a baby panda? Well, possibly a baby tamarin – an adorable little monkey thing with tiny, grippy hands. Ahhh. But then the tamarin mum attacks her babies, kills one, and badly injures another.”
Sam Wollaston, The Guardian