“Deserves multiple awards for the avoidance of cliché.” Read on for the full verdict on last night’s TV. 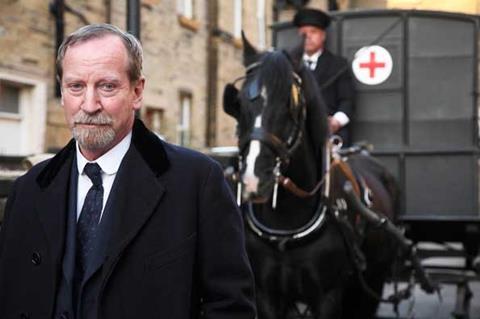 Spanish Flu: The Forgotten Fallen, BBC4
“The programme could have had great fun with stereotypes… Instead, we were confronted by real people who, even when they argued about how to contain the virus, did so intelligently. Justin Hardy’s film deserves multiple awards for the avoidance of cliché.”
Damian Thompson, The Daily Telegraph

Spanish Flu: The Forgotten Fallen, BBC4
“Given the hysteria surrounding plague, and the ever-more extreme conventions of drama, the writer Peter Harness and director Justin Hardy exercised impressive restraint, and made the scale of the horror more palpable and sinister.”
Tim Teeman, The Times

Spanish Flu: The Forgotten Fallen, BBC4
“Archive film, seamlessly spliced into the story, made it look like news. Which, of course, it is.”
Nancy Banks-Smith, The Guardian.

Spanish Flu: The Forgotten Fallen, BBC4
“It wasn’t really a drama, it was a historical chronicle. But it was a good one.”
Tom Sutcliffe, The Independent

Economy Gastronomy, BBC2
“Obviously a response to the recession – and such a lame one that I had to keep looking away from the screen in a mixture of boredom and embarrassment.”
Damian Thompson, The Daily Telegraph

Silverville, BBC1
“Turned out to be more drama than documentary, featuring a storyline and character revelation that Mike Leigh would have been proud of.”
Tom Sutcliffe, The Independent