“Prodigies, surely, need to be treated with greater sensitivity than this.” Read on for the full verdict on last night’s TV. 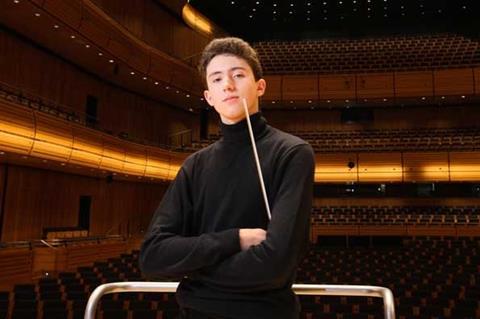 The World’s Greatest Musical Prodigies, C4
“Though the format may be contrived, this was an enjoyable glimpse of real talent and the growing pains of the prodigies.”
Andrea Mullaney, The Scotsman

The World’s Greatest Musical Prodigies, C4
“Prodigies, surely, need to be treated with greater sensitivity than this.”
Deborah Orr, The Independent

Ross Kemp in Search of Pirates, Sky 1
“In Search Of Pirates was less dramatic than his Afghanistan or gangs series, though the subject is exciting enough.”
Andrea Mullaney, The Scotsman

Ross Kemp in Search of Pirates, Sky 1
“Kemp the journalist has twice been Bafta-nominated, for his work in Afghanistan and Kenya, so it’s more appropriate to succumb to the tougher option, and take the man seriously. The shocking truth is that he is pretty good at what he now does.”
Deborah Orr, The Independent

Ross Kemp in Search of Pirates, Sky 1
“The actor Ross Kemp is proving again that there really isn’t much to this journalism lark and that anyone with half a brain and a sack of nerve can make an exciting documentary.”
Andrew Billen, The Times

Extraordinary People: Real Wolf Kids, Five
“These freak shows are pretty wrong, full stop. But then to think, as I did, that these poor children, with hypertrichosis, or werewolf syndrome, are actually quite cute (I want one right now, Daddy, as a pet) - is that wrong? I suspect it is, very wrong.”
Sam Wollaston, The Guardian

My Child Won’t Sleep, ITV1
“Although the programme sometimes seemed more interested in the grown-ups, it was the little insomniacs I felt most sorry for.”
Andrew Billen, The Times