A sinister martial arts beat-em-up and a side-scrolling zeppelin bombing game are among the first clutch of titles to be published by Channel 4’s new gaming division. 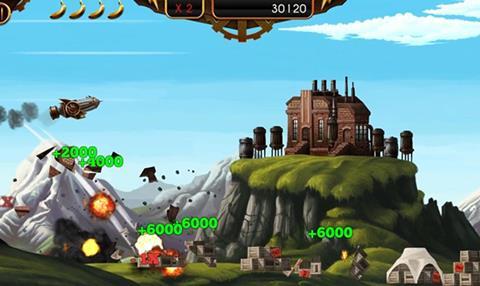 Pricing is yet to be set for the premium games from All 4 Games, which will launch in the next three months across iOS and Android devices.

The broadcaster has partnered with three developers – RetroFist, Non Code and Finnish company Snowhound – as it starts to publish games from third-parties to expand its slate.

Glasgow-based No Code has developed fast-paced shooter Super Arc Light which makes use of a one-button control system.

Finally, Apestorm: Full Bananas is a 2D side-scroller set in a steampunk world. Players take control of a zeppelin commandeered by a set of fugitive monkeys to precision bomb a series of man-made targets while avoiding the wildlife. It is the debut title from the Finnish developer.

The titles were ordered by All 4 Games commissioner Colin Macdonald following a tour of 11 development clusters and meetings with almost 400 companies.

“We’re proud to be working alongside some of the finest mobile games development teams within the UK and Europe, and can’t wait to give these talented teams the platform that they deserve,” said Macdonald.