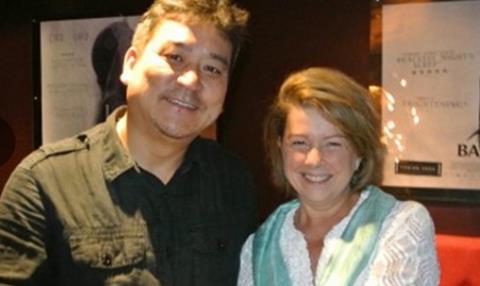 How did The Bridge start up?

I’d been working in the Asian TV market, mainly in Korea, for over a decade and spotted a gap: a hunger among Asian companies for UK productions and the desire to do business with English-speaking companies.

Back in the UK meanwhile it can be very difficult to get the financial package together for a TV show.

Given my experience and contacts in both markets I saw that I could act as a conduit and match the right broadcasting partners with the right programming ideas and the right set of co-producers. The money we’re talking about [coming from deals with the Asian market] could enable UK producers to make the shows they want to make without being restricted by local market finances.

James Burstall [Argonon chief executive] was also interested in this aspect of international co-production and we set up The Bridge as a joint venture two years ago. It’s given me a strong platform to work from - we benefit from the back office at Argonon and I feel part of the team.

How do you make your money?

All sides stand to benefit: a percentage of the incoming money comes from the Asian partner so if we fail to bring a deal the UK partner doesn’t lose anything.

So it starts with the programme idea?

It always starts with the idea. I’ve been a producer for twenty years and this gives me the ability to pick and sew ideas that will work in all market places.

What genres are attractive to potential Asian coproduction partners?

When we launched two years ago we started with specialist factual and factual docs but this year we’ve expanded into all genres. There’s a sense in Asia that the UK has something special in its creativity.

I think what people really admire about UK however, is the storytelling: Asians often have great camera abilities and the kit tends to be state-of-the art but for storytelling they look to the British.

Where are the funding opportunities in Asia right now?

There are a number of pots of funding available throughout Asia for UK producers to access as governments realize the strengths of cultural soft power.

There’s an understanding that their young people want to become part of a global media and so they have developed pots of funding driven by the desire to generate their own industry, learn from coproduction partners and become players in a much bigger marketplace.

What are the main challenges for UK producers looking to do business there?

The length of times that it takes to set up relationships. In South Korea, for example, people don’t take you seriously unless they’ve been involved with you for many years. You need to go over there a number of times. Relationship building can be an expensive and time-consuming prospect however, which is where I come in.

Negotiation works on different levels but in the beginning it’s much more about forming an ongoing relationship for the future. There are also the obvious language and cultural challenges. Each of the Asian territories is very distinct and very different and this is even more pronounced than between European territories.

Are there any commonalities among Asian territories?

High growth rates, young populations, a highly talented bilingual workforce full of ideas and enthusiasm. There are also ties and opportunities across Asia that are not always understood by western partners.

For example, Chinese and Korean broadcasters have been working closely with each other for over a decade. There’s a cultural crossover but also plenty of coproduction agreements in place. I quite often find myself in Seoul speaking with Chinese broadcasters.

You’ve participated in several trade delegations including a recent UKTI-organized trip to the Philippines – how did that go?

We got to meet the right people and talk to potential funders and broadcasters at a significant level. I was enormously impressed by quality of Filipino documentaries, their talent and their ‘can-do’ attitude.