Ana De Moraes, the woman tasked with revitalising development at BBC Productions, is leaving the corporation after less than two years to take on a newly-created role at Twofour Group. 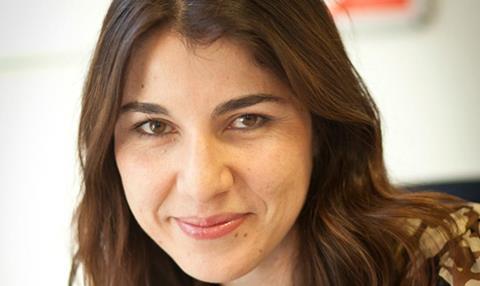 Talk of De Moraes’ departure has been circulating at the BBC since the turn of the year and Twofour confirmed the news on Friday, with a spokeswoman revealing that she will become the company’s head of new formats in February.

The former Twenty Twenty development director is a highly-rated content creator and impressed commissioners during her spell at the BBC, where she was the creative director of in-house’s central development unit, known as Development Central.

De Moraes was hired by former director of television Danny Cohen in spring 2014 to bring indie sensibilities to BBC Productions’ approach to development. He described her at the time as “one of the industry’s leading development creatives”.

The creator of The Choir and First Dates secured a number of factual and factual entertainment commissions during her time at the BBC, including online pilot In Case You Missed It and forthcoming BBC2 series Ultimate Gladiator. As part of the immersive history format, modern men will train, live and fight like Roman gladiators.

But sources have suggested that she found it frustrating at the BBC and the changes involved in launching BBC Studios represented an ideal time for her to move on. It rules her out of the race to become BBC Studios’ head of development under Peter Salmon’s new structure.

As head of new formats at Twofour, De Moraes will be tasked with growing the ITV-owned indie’s factual entertainment slate in the UK and internationally.

She will report to chief creative officer Andrew Mackenzie, who said: “Ana has always been a star of the development industry. She’s got an incredible track record.”

BBC Productions’ controller of factual and daytime Natalie Humphreys said: “I want to thank Ana for all her great energy and drive in helping to win some highly original new business with our factual and entertainment teams, including an exciting new food format coming soon to BBC2. She leaves a fantastic team in Development Central and will be very much missed. We wish her all the very best at Twofour.”