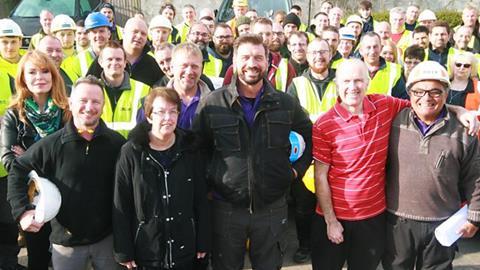 Ireland’s RTÉ One has become the first broadcaster outside the UK to pick up the format.

DIY SOS: The Big Build Ireland will be produced by Dublin-based indie Motive Television, which also re-worked BBCS’ BBC2 series Ultimate Hell Week in the territory for the same broadcaster.

50 Ways to Kill Your Mammy host Baz Ashmawy will present the series, in which, each week, a family facing difficult circumstances gets a significant home makeover to help improve its quality of life.

Ashmawy’s team will have just nine days to successfully transform these homes in each of the 4 x 60-minute episodes.

The deal was brokered by Cathy Sibbering, UK and Ireland TV and formats sales manager for producer/distributor BBCS.

BBCS senior vice president of global format sales André Renaud, said: “DIY SOS is a wonderful show that is perfect for adaptation internationally and we are thrilled to be working with Motive Television and RTÉ to create a local version in Ireland.”