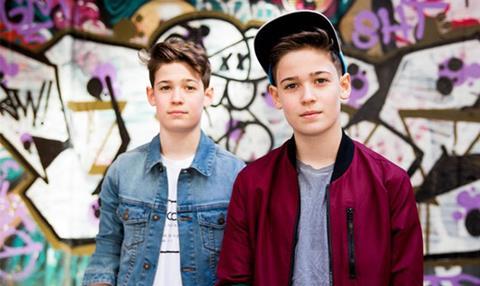 A futuristic gameshow featuring cyborg starships and a travelogue fronted by a pair of YouTube stars head up CBBC’s latest slate of kids programming.

The BBC Children’s channel has ordered a raft of scripted and non-scripted titles from indies and its in-house production division.

The series is produced by Objective Media Group Scotland and Moira Ross’ Panda TV. Created and exec produced by Toby Stevens and Ryan Meloy, the show will launch in 2018.

Max and Harvey – Breaking America (w/t) features two 14-year old twins, who have racked up more than 10m views on YouTube lip syncing to their favourite songs. The series will follow the pair’s attempts to become international pop stars.

The show is produced by Sassy Films and co-produced by CBBC Productions and BBC Worldwide.

CBBC Productions is also producing 13 x 30-minute factual series Beyond Bionic. The show stars underwater explorer, skydiver and adventurer Andy Torbet as he attempts to match the abilities of animals.

In drama, Totally Spies indie Zodiak Kids is making 4 x 30-minute series Joe All Alone. The show, which is exec produced by Steven Andrew and Amy Buscombe, tells the story of an optimistic boy from a deprived background.

This comes after CBBC Productions secured a number of drama commissions and renewals earlier this week.

CBBC controller Cheryl Taylor said: “CBBC continues to inspire its young audience with the broadest mix of dedicated content genres for young people in the world. It’s exciting to be welcoming new faces from digital platforms onto the channel as well as supporting strong and highly popular formats with well-deserved recommissions.”

Feeling Better is a 25 x 15-minute series that features puppets and animation to take kids into the world of emotions.

The show is produced by CBeebies in-house team in Scotland and Sara Harkins is executive producer.

My World Kitchen is a 30 x 11-minute cooking series from Terrific Television. The series teaches kids how to cook and explores where food comes from. Julia Bond exec produces.

Biggleton is a 25 x 11-minute series from Alison Stewart’s CBeebies in-house Salford team that features a young cast as they experience what it is like to work in different jobs. The live action series is exec produced by Tony Reed and series produced by Anna Perowne.

Waffle the Wonder Dog is a 30 x 11-minute comedy drama, which tells the tale of the a naughty puppy who finds a new family. Created by Billy Macqueen, Catherine Williams and Maddy Darrall, the show is exec produced by Anne Gilchrist and Michael Towner and series produced by Fiona Robinson.

Finally, Gudrun the Viking Princess is a 20 x 5-minute docu-drama series mixing wildlife and landscapes and Viking history. The show is produced by Scottish indie Maramedia.

CBeebies controller Kay Benbow said: “This range of new commissions for CBeebies shows the rich diversity of programming on the channel as CBeebies continues to encourage children to explore the world around them, as well as empowering, engaging and enthralling our young viewers.”