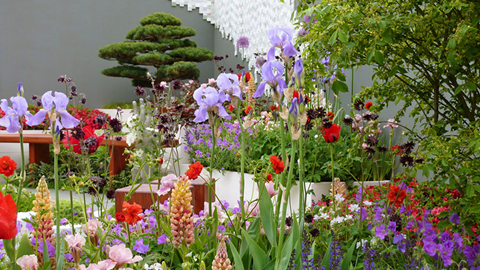 The BBC and RHS are extending their 19-year exclusive broadcast partnership for a further three years, starting in 2022.

The Chelsea Flower Show will continue with its standalone BBC programmes, produced by BBC Studios, and the number of hours of coverage will be similar to previous years.

Under the deal, the Hampton Court Palace Garden Festival and Flower Show Tatton Park will be broadcast as part of BBC Gardeners’ World, in line with the Malvern Spring Festival, as opposed to airing as standalone programmes.

Hayley Monckton, RHS director of communications, said the move will help RHS share the gardens with a wider audience.

“We have never worked with so many BBC outlets, across all our work, to bring the joy of gardening to so many people,” she said.

The BBC will also follow the creation of the new RHS Garden Bridgewater in Salford.

Catherine Catton, the BBC’s head of commissioning, popular factual and factual entertainment said the RHS events are “show-stopping events” and a “real highlight in the gardening calendar”.