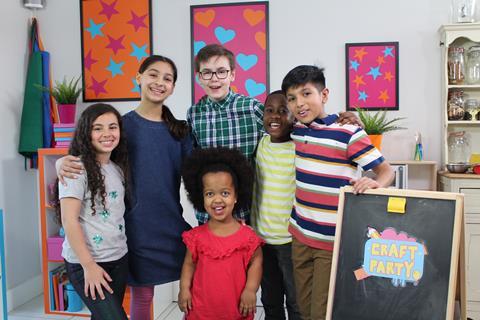 Israeli producer Keshet is bringing its kids arts and crafts format Craft Party to the UK with a series for CBBC.

The two 10 x 15-minute series will be produced by Keshet Productions, the company’s UK production arm.

The format features a rotating cast of 9-to-12-year olds, who prepare art and food for a themed craft party, with each episode themed around subjects such as emojis, unicorns and music festivals.

The series was ordered by BBC Children’s head of content Cheryl Taylor, with Keshet’s David Williams acting as exec-producer.

BBC Children’s commissioning editor Hugh Lawton said: “Craft Party is an arts show that’s made by kids for kids and you cannot help but be inspired by their no-holds barred, elbow-deep approach to crafting and baking. Their messy and laughter-infused creativity is utterly infectious.”