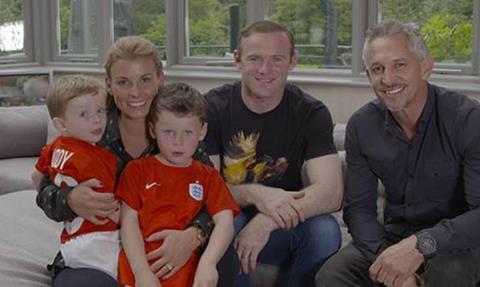 England’s all-time record goalscorer will feature along with his family and friends to offer a personal account of the man behind the footballer.

Lineker will spend time with Rooney, who will discuss his journey from a housing estate in Croxteth to a career with Manchester United and England which has seen him win numerous Premier League titles, the Champions League and break Sir Bobby Charlton’s England goalscoring record with 50 goals.

The 60-minute documentary, Rooney – The Man Behind the Goals, will also feature his wife Coleen, two young sons and interviews with his parents.

Kirkham hailed the “unprecedented levels of access” that will offer “real insight into the man who is now England’s greatest-ever goalscorer”.

“He’s an intelligent and thoughtful man with a lot to say about football, family and what it means to represent his country,” he added

The documentary will air on 5 October at 9pm.