BBC2 has commissioned Stag, a three-part Cluedo-esque comedy, from the team behind James Corden action comedy The Wrong Mans. 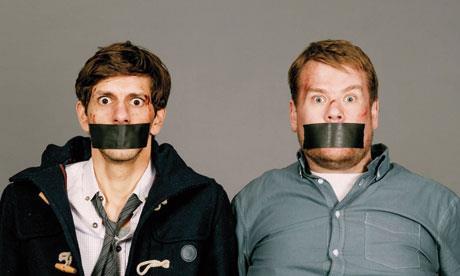 The show follows a stag do in Scotland as party members get mysteriously bumped off.

It was written by The Wrong Mans creator Jim Field Smith and George Kay, who has penned episodes of The Hour, The Tunnel and forthcoming Big Talk-produced BBC drama Our Zoo.

Kay was previously head of development at Twenty Twenty and is a partner in Idiotlamp Productions, the indie set up by Field Smith, which is producing the series in association with BBC Productions.

The show was ordered by BBC2 controller Kim Shillinglaw who said the new comedy was a product of the team who brought The Wrong Mans to the channel in 2013.

Meanwhile, Shillinglaw, speaking to The Observer, said that she had commissioned a new series based on Danny Baker’s memoir of growing up in the 70s, Going to Sea in a Sieve.

She also expressed an interest in varying and modernising BBC2’s current collection of 10pm panel shows, with changes expected soon.