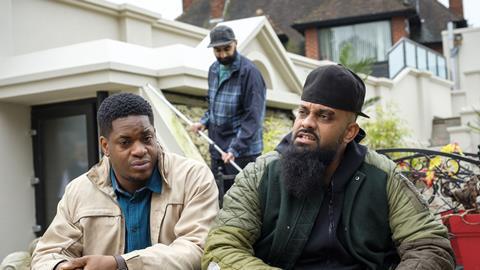 BBC3 has scooped a clutch of gongs including Channel of the Year at the Broadcast Digital Awards, as Firecracker picked ups the inaugural Multichannel Production Company of the Year prize.

The trio of prizes helped controller Fiona Campbell to clinch the Channel of the Year prize, fending off competition from last year’s winner BBC4, as well as CBeebies, E4, More 4 and Sky News.

Meanwhile Firecracker was named the first Multichannel Production Company of the Year, ahead of CTVC, Fulwell 73, Merman Television, Strawberry Blond TV and Workerbee.

It was responsible for W’s Emma Willis: Delivering Babies, which came out on top in the Best Popular Factual Programme category for the second year running, as well as two other shows on the shortlist in the same category: Stacey Dooely Sleeps Over for W and The Sex Clinic for E4.

The three short-form categories turned up a trio of different winners. Comedy Central International’s Transaction was named Best Short-Form Scripted, with Peninsula Films’ #FML - Most Racist Uber Ride Ever for Pulped.com landing Best Short-Form Format. The winner in Best Short-Form Documentary was BBC Studios;’ Life After Death: How Seven Kids Came Back from the Dead.