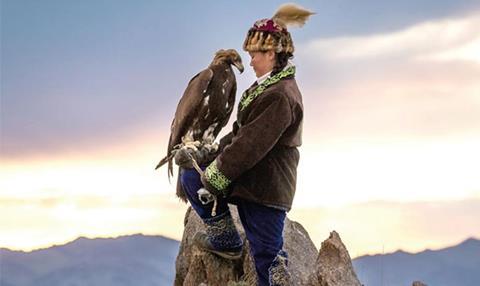 After making the shortlist several times, this was the breakthrough year for Barcroft TV - and for good reason.

Fighting off the vastly better resourced BBC Three, it won the judges’ approval thanks to “relentlessly producing content for a generation who are engaged by things that are provocative and emotive”.

Barcroft’s ability to source and create content produced some impressive numbers. It passed 3 million subscribers,having added 1 million between January 2016 and March 2017, and its number of lifetime views leaped 56% from 1.6 billion to 2.5 billion over the same period.

That performance was helped by the channel extending its range of distribution partners to include Amazon Prime,Weibo and Comcast Watchable. On these platforms, viewers can now fi nd the exclusive original online documentaries that the Barcroft team researches, produces and distributes - at least five every week.

Barcroft TV has moved from singles to series, launching 10 brands, as well as creating the dedicated channel
Barcroft Animals. Along the way, it has attracted investment from Channel 4’s Growth Fund.

Barcroft was a big hit with the judges, who cited it as a great example of a web channel with a precise understandingof its purpose. “It’s clearly audience-focused and passionate about showcasing native digital content,” said one.

Since going fully online, BBC Three has quickly established high-quality strands such as Things Not to Say… and Amazing Humans, while finding success with mid-length pieces such as Pls Like and Drugs Map Of Britain.

The latter is a good example of the freedom afforded by BBC Three’s move online, with episodes ranging from 18 to 33 minutes.

Cooke Optics TV explores how fi lms are made - educating and entertaining those with a passion for technology and the craft of film-making. Masterclasses and case studies abound, and the channel has struck clever partnerships to help boost subscriber numbers to 18,000 - an impressive number for such a niche channel.

Short, sharable clips are the bedrock of this Channel 4 web channel dedicated to geeky, game-loving men. The result is a channel embedded in the gaming community with plenty of satirical, shocking and sharp content tied to the release dates of major games.

Second-screen watch-a-longs for televised games were just one of the innovations made by Fremantle Media’s highly engaging comedy entertainment channel dedicated to all things football.

Talent such as Lloyd Griffith and Rhys James helped to create a strong identity, with regular strands such as Every Premier League Fan in 90 Seconds and Top 10 Football F*ck Ups.

One of the very best exponents of online documentary for young people, TrueTube’s pedigree was recognised in November when it was nominated for Channel of the Year at the Bafta Children’s Awards.

The website was relaunched in 2017 to allow users to navigate subjects such as Ethics & Religion and Body & Health.