Vice News has experienced a meteoric rise since its launch in March 2014. 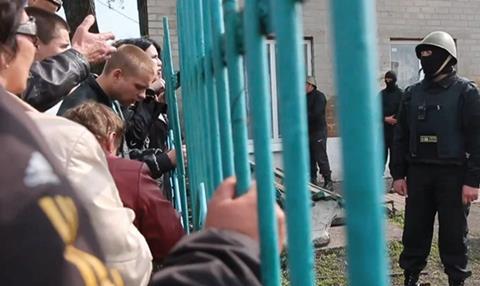 An average view time of more than 20 minutes has placed Vice in the top 1% of YouTube videos, proving that younger audiences are interested in foreign news if it is packaged and distributed in the right way.

The channel has experimented with innovations including Google Glass, drone footage and Instagram video. It has also partnered with Skype and Snapchat to extend distribution. More traditional sales deals for its programming in countries including Italy, France and Canada, along with a daily news show on HBO, have also helped cement the foundations of the channel.

The judges were impressed by the quality of content and the way Vice has shifted the landscape. “They continue to create ambitious and disruptive content, which raises the bar for other news outlets,” said one.

Barcroft TV
Along with hundreds of original video clips, designed to spread virally, Barcroft TV produces at least five factual mini-docs each week. While broadcasters have picked up several of the videos for full-length commissions, Barcroft has self-financed six 30-minute docs and its YouTube channel has passed 500 million views.

FullTimeDEVILS
Designed to act as a platform for Manchester United fans to connect and air their views, social interaction has been a major part of the channel since it kicked off. A range of regular formats are supported by ‘hero’ videos, which highlight significant moments in the season or tap into trending topics. The channel peaked with 6 million views in December and has signed up 175,000 fans, making it bigger than many official club channels.

Shorts
Channel 4’s home for short-form programming on All 4 has generated 27 diverse series, ranging from Tattoo Twists to The Black Lesbian Handbook, from 20 production companies. Some 5% of visitors to All 4 (and previously 4oD) have watched Shorts since the strand launch in August 2014, while a staggering 90% completion rate is testament to their quality.