“It was a white-knuckle ride of surprise revelations, face-to-face encounters that crackled with tension – and a fair bit of dashing about” 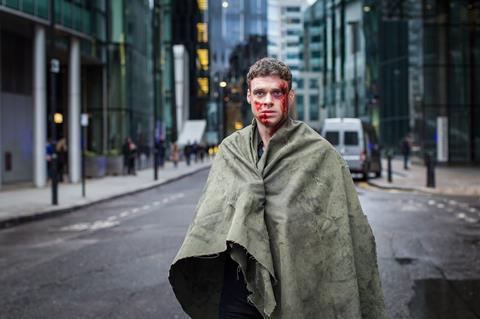 “There were many plot holes here but this was event TV and Jed Mercurio, skilled at wrongfooting his viewers, gave us two final twists. The first was average; it was that second one, linking back to that grubby intercity train toilet six weeks ago, that pulled it out of the bag.”
Carol Midgley, The Times

“You’ll be unsurprised to hear it was a white-knuckle ride of surprise revelations, face-to-face encounters that crackled with tension – and a fair bit of dashing about. The rapid-fire piling on of plot twists should have been unbelievable and ludicrously overblown. In many ways it was. But I, for one, remained hooked.”
Jeff Robson, The i

“The whole thing has been a retro-rush. Weekly, unbingeable episodes parcelled out like old times. Cliffhangers you talked about the next day on Twitter, the gig economy’s water-cooler. An ancient story – soldier fails in noble duty, runs towards danger and atonement, sword aloft – in modern dress captured our imaginations once again.”
Lucy Mangan, The Guardian

“Watching the final episode unfold felt a bit like witnessing a grade-A student open up their envelope on exam results day to find a string of Bs. It had tried too hard to impress, and ended up collapsing under the weight of its own expectations. It was Line of Duty for dummies, the plot twists not really feeling worth the energy expended to get to them.”
Bryony Gordon, The Telegraph

“Perhaps the episode’s final moments, fast-forwarding a few weeks and finding the couple seemingly on the verge of reconciliation, were a tad too happily-ever-after for some tastes. But bear in mind the story still has several tantalising loose ends. So things aren’t quite that disappointingly neat. Not wishing to put pressure on Mercurio, but series two can’t come quickly enough.”
Mike Ward, Daily Express

“Vanity Fair, which initially I had down as a fairground candy-floss adaptation — pleasant, fluffy, but wholly insubstantial — has grown on me over the weeks. It reminded me of the try-too-hard new girl at school who seems to be all clever quips, seductive winks and push-up bras, but turns out to have more to her than meets the eye. This drama has been eclipsed somewhat by Bodyguard, against which it is scheduled. Now the latter has finished, I hope that Vanity Fair’s final two episodes emerge from its shadow and get a proper chance to shine.”
Carol Midgley, The Times