High-profile events and themed issues throughout 2019 to mark landmark 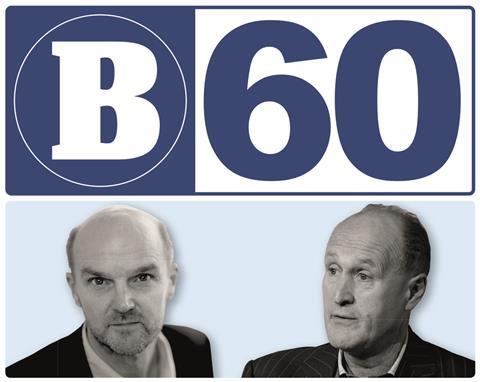 Broadcast is to celebrate its 60th anniversary with a number of high-profile events and special themed issues that will run throughout 2019.

The activity, under the B60 banner, will mark the important milestone in the brand’s history and champion the best of British programming and innovation.

At the heart of the celebrations will be six themed issues, kicking off with an exploration of the achievements and influence of the nations and regions on British TV.

“As the leading trade body for indies around the UK, Pact provides high quality legal advice, international opportunities and business services for hundreds of indies each year, large and small, helping to create the globally successful industry we have today.

“A Pact membership and a subscription to Broadcast are essential tools for any indie, so we are pleased to be able to partner with Broadcast in their 60th year and look forward to many more successful years to come”.

The issue will look back at some of the biggest N&R shows and fast-forward to Channel 4’s relocation and other major developments in the sector. It will be published to coincide with the Creative Cities Convention in Cardiff in April.

Other special issues will cover the UK’s role as a creative force on the international stage; how the industry has grappled with challenges around diversity; the evolution of broadcasters and their strategies in the 21st century; the changing shape of the UK production sector and its prospects, challenges and opportunities; and the impact of technology on the industry and disruptors such as the FAANGs.

One of these will be published as a formal 60th anniversary issue in July to coincide with a major summer birthday party.

Also on the agenda is a series of ‘Gamechangers’ events celebrating the people, programmes and developments that have helped shape the sector. In the first of these, planned for late February, two of TV’s best known execs will take the stage together: Sir Peter Bazalgette in conversation with Stephen Lambert (pictured above).

“High-end Television Skills Fund has supported the growth of the UK Television industry since 2013, providing crucial investment in skills, ensuring the continued growth and development of the workforce.

At a time when the industry is booming, it is key that industry continues to play its part in supporting skills investment. We are delighted to continue to work with Broadcast who help us speak to industry about the impact from these investments and we congratulate you in your 60th year.”
ScreensSkills

The duo will discuss their roles in shaping some of the UK’s most popular shows and debate the future of the sector. Like many of the B60 celebrations, the event will be open to subscribers. More details on how to register your interest will follow shortly.

The B60 campaign, which has already attracted support from influential bodies including ScreenSkills, will feature editorial content throughout the year.

Among them will be ‘The Show That Shaped Me’ – first-person articles in which industry figures reveal the programme that captivated them as a child, convinced them to work in TV, or that had the biggest influence on their career.

For more information about becoming a partner on B60, please contact Talia Levine on: talia.levine@broadcastnow.co.uk

Thanks to our premium partner: Pact

Thanks to our partner: ScreenSkills