Ian Wright stars in the film about the vision and values of FA Cup founder Charles W. Alcock 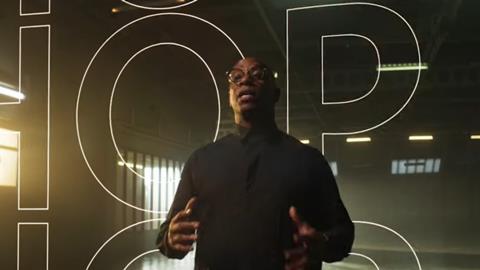 The FA has released a short film as part of the FA Cup’s 150th anniversary celebrations.

The campaign around the anniversary was launched this week, ahead of the first round of this season’s competition.

The FA Challenge Cup was founded on 11 November 1871 following a proposal by the then Secretary of the Association, Charles W. Alcock, with a vision to bring hope, opportunity and equality to football.

The film, starring Ian Wright, aims to show how these values are still just as relevant and important today, and highlights the contribution it makes to the whole football pyramid.

It has been released across The FA’s digital channels, and is complemented by a be a series of large-scale image projections of key figures and moments in the Cup’s history up and down the country.

Mark Bullingham, The FA’s CEO, said: “The Emirates FA Cup may be 150 years old but it’s a competition that has never felt more relevant as it continues to lift the clubs, communities and supporters of more than 700 teams that take part each year. The competition has transformed the fortunes of many clubs and individuals over 15 decades and this campaign will highlight some of these life-changing stories.

“Over £25 million in broadcast fees and prize money will be distributed this season, which should help clubs across the country to tackle some of the issues that they face as we move out of the pandemic. We will continue to celebrate the competition throughout its historic season and look forward to seeing clubs across the country create even more memories through to the Final in May.”