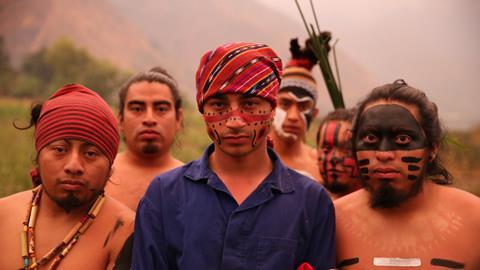 Six youngsters will compete in some of the planet’s most unusual sports for CBBC’s latest stripped offering.

Rumpus Media has won a 30 x 15-minute order for A Week to Beat the World, which will be helmed by CBBC’s Young Dancer presenter and 2019 Strictly Come Dancing contestant Karim Zeroual, along with comedian Camille Ucan.

Stripped across six weeks, the series will send the young sports stars on the adventure of a lifetime to face some of sport’s trickiest and most difficult challenges, from rugby, boxing and US football to Mongolian horse riding and Malaysian lion dancing.

Each contestant will face up to an epic final challenge at the end of each week against the locals, in a no-holds barred introduction to the countries they visit.

The series was ordered by CBBC commissioning editor Hugh Lawton and will be exec-produced by Rumpus managing director Iain Wimbush.

“It has been fascinating to take children who are at the top of their sporting game in the UK to different parts of the world, to compete in sports they’ve never tried before,” said Wimbush.

“No matter where you are in the world, sport is a great force for unity and joy.”