Sky 1 is developing Sheridan Smith’s The Daltons, which aired as part of its Little Crackers strand, into a full series. 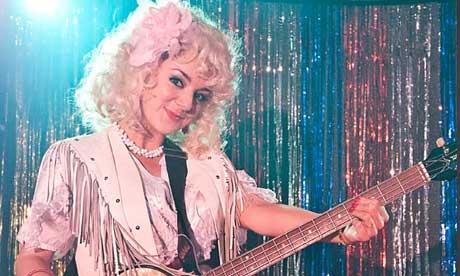 The Lovely Day-produced Little Crackers episode, originally aired as part of the second series in 2011 and starred Ralf Little and Smith as a country and western duo who head off on tour and leave their young daughter behind with a babysitter.

Sky’s director of entertainment channels Stuart Murphy told the Broadcast Commissioning & Funding Forum earlier today, that the broadcaster continued to hunt for more comedy shows, despite renewing around 75% of its original comedy commissions.

Head of comedy Lucy Lumsden is keen to find a sitcom with a big star in the vein of BBC1’s Miranda and Lee Mack’s Not Going Out with plans to order longer runs than the terrestrial channels.

Murphy added that Sky Atlantic was after more authored voices like Julia Davis’ Hunderby, with Sky Living earmarked as a home for more colourful characters.

Look out for more CFForum coverage in this week’s Broadcast