Channel 4 has taken another step towards future-proofing its business after investing in multimedia content company Barcroft Holdings. 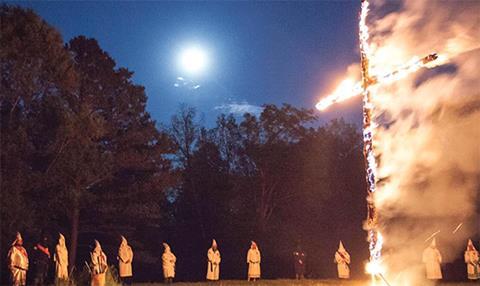 The rebranded Barcroft Media, which reported turnover of just under £7m for 2015/16, has become the 10th business to secure funding from C4 in exchange for an undisclosed stake of less than 25%.

Barcroft was founded in 2003 by former newspaper picture editor and photojournalist Sam Barcroft and is headed by managing director Caspar Norman and creative director Alex Morris. The business is split into four areas (see box, below).

C4 sales director Jonathan Allan, who will represent the broadcaster on the Barcroft board, said as well as helping the company grow, he expected C4 to learn a great deal from the venture.

“It is a broad-based business, which has grown significantly from its news-based roots into TV production and, crucially, ad-funded and short-form content. It will be good to work together closely as we develop our own branded content proposition,” he said.

“Barcroft has a track record of producing real-life stories with great non-TV talent and has taken that sensibility into the branded content space,” said Allan.

Gaining a valuable insight into Barcroft’s early-adopter strategy is considered a major coup by C4. “Serving our young audience means we need to keep pace with what they want and investigate and test new commercial models,” said Allan.

“Over the next couple of years we will distribute a lot more content via social media channels and we need to explore ways in which we can work with the likes of Snapchat.

“We also need to make sure we can monetise that audience and branded content is right at the heart of that business model.”

Barcroft said that as well as benefiting from being able to tap into the “clever people responsible for billions of pounds of sales revenue”, the deal will also result in welcome investment to help grow the business by bringing in extra staff, freeing up the senior management team.

“At the moment, there are just three of us running four divisions. We want to scale up seriously because there is no point trying new things unless you can do them properly and consistently.”

Barcroft, who began talks with C4 at the end of last year, said that the ambitions of the two businesses were well aligned. He also wants to demonstrate the viability of Barcroft’s multi-pronged approach.

“I hope this deal shows others looking at our model that production companies can take advantage of more than one marketplace and platform. We are showing that it is possible to prosper in a challenging environment,” he said.

BARCROFT TV
YouTube channel with 2 million-plus subscribers and 1.8 billion views. Content is also distributed via AOL On, MSN, Vessel, China’s YouKu and GyaO! in Japan. BARCROFT PLUS
Ad-funded production arm that has worked for brands including PlayStation, Ogilvy and EE.

Barcoft Media is Channel 4’s 10th Growth Fund investment and means the broadcaster has now spent more than half of its £20m indie investment pot. Below is a complete list of C4’s indie partners, in chronological order.