Dog Tales: The Making of Man’s Best Friend; All Creatures Great and Small

“You could lean in if interested in the nuts and bolts of pet evolution. Or turn down the sound and ‘ooh’ and ‘aaah’ at the fur balls.” 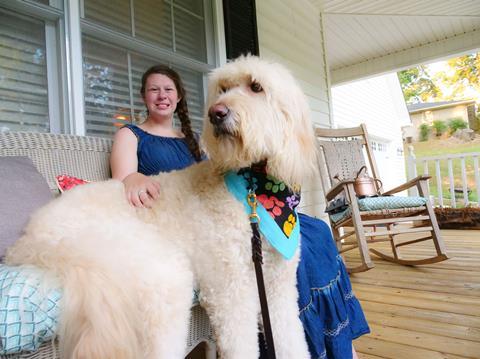 “Dog Tales: The Making of Man’s Best Friend is a sensible scientific documentary that comes to a surprisingly moving and satisfying conclusion. Dog ownership has rocketed during lockdown, so this is a timely and decent dig into canine science and psychology. And, ultimately, it has rather a lovely message to it.”
Rebecca Nicholson, The Guardian

“When ITV does dogs, it’s 100 Best Dogs with Geri Halliwell sharing saliva with her airedale, but when BBC4 does dogs, it’s a Horizon-style look at the evolution of their domestication, which dialled down the cute glockenspiels, but was, in its own way, just as soppy.”
James Jackson, The Times

“Mark Benton’s narration was matey throughout and the producers were careful to offset the complex development biology with footage of dogs doing what they do best: being cute. It was ingenious. You could lean into Dog Tales if interested in the nuts and bolts of pet evolution. Or you could turn down the sound and ‘ooh’ and ‘aaah’ at the parade of fur balls. An impressive cross-breed.”
Ed Power, The i

“Perhaps the most interesting segment of the documentary was also the most difficult to watch. An experiment with thousands of foxes in Russia has shown that, within ten generations of selective breeding, animals can be reared that are as affectionate as dogs. But to see fields of the poor creatures in tiny wire cages was horrible.”
Christopher Stevens, Daily Mail

“As you would expect, Dame Diana Rigg made the most of being the grand dame of the Dales, flirting for Darrowby with the new James Herriot (Nicholas Ralph). First-time actor Ralph showed that his charming turn in episode one was no beginner’s luck. There is a natural self-assurance beneath his ingenuous looks, which makes the character easy to buy, just as the wary locals will do.”
James Jackson, The Times

“Ben Vanstone’s remake has thus far played out like a faithful cover version. This continued in a brisk and agreeable second episode that ticked all the mid-century veterinary drama boxes. Like a quiet walk in the woods or a quick biscuit break, All Creatures Great and Small is the simple pleasure that keeps on giving.”
Ed Power, The i

“There is nothing here to outrage fans of the James Herriot books. The stories haven’t been updated or imbued with 21st-century morals, and the nearest they came to being ‘sexed up’ was a moment at the start when farmer’s daughter Helen (Rachel Shenton) caught a glimpse of our hero swimming naked beneath a waterfall.”
Christopher Stevens, Daily Mail