ITV eyes new version of The Darling Buds of May 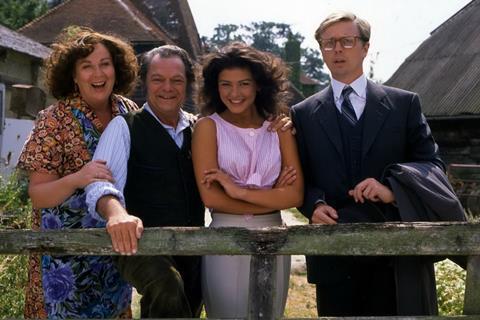 ITV is eyeing a new adaptation of The Darling Buds of May from Objective Media Group as a potential family drama successor to The Durrells.

Scripted label Objective Fiction is on the brink of finalising a deal to secure the rights to author H.E. Bates’ original stories for what would be the label’s first ITV commission.

They will be adapted by Simon Nye, who previously turned to the source material of 1980s BBC1 series My Family and Other Animals to create The Durrells for Sid Gentle Films. Objective plans to co-produce with Nye’s Genial Productions - the ITV Studio-backed business established with Sophie Clarke-Jervoise in 2018.

The indies have also entered into discussions with high-profile talent to star.

The broadcaster is understood to be keen to resurrect the Larkin family, who were previously depicted in Yorkshire Television’s classic comedy drama, which ran for three series from 1991. Starring David Jason and Pam Ferris in the lead roles, it catapulted Catherine Zeta-Jones, who played the eldest daughter of the family, to stardom.

The Durrells, which was set in Corfu and traced the story of Gerald Durrell’s childhood, came to an end in May with an average audience of 5.2m (24%), having run on ITV for four series.