THURSDAY: A film marking the 90th birthday of Prince Philip put in a regal performance for BBC1, attracting more than 5m viewers. 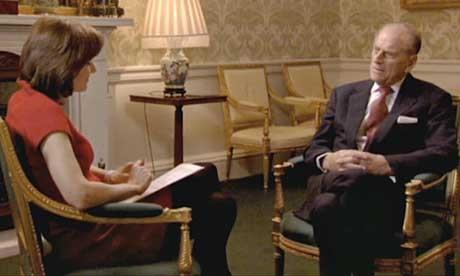 The Duke at 90 saw newsreader Fiona Bruce interview the longest serving consort in British royal history, exploring the life and contradictions of the man that married the Queen.

The biography was watched by an average audience of 5.01m (21.24%) over the 9pm hour, according to overnight Barb figures supplied by Attentional.

A similar film hosted by Alan Titchmarsh for ITV1 also performed well, drawing a crowd of 4.69m (18.8%) in an 8pm slot in late May.

Extreme Fishing with Robson Green – at the Ends of the Earth reeled in 1.2m (5.1%) for C5 over the same period.