Entries have opened for the Creative Diversity Network (CDN) Awards to recognise the efforts of producers, commissioners and on-screen talent. 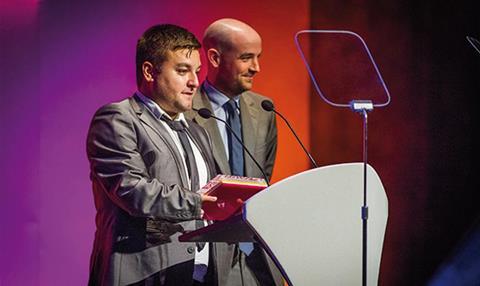 The awards ceremony, comprising nine categories, will take place at the London studios of CDN chair ITV on 11 November with hopefuls urged to submit their entries before the 15 September closing date.

One individual, who has demonstrated sustained, long-term and significant commitment to diversity, will be presented with a CDN Diversity Champion award on the evening.

Other categories include the special recognition for a production company award and achievement in production award for companies which have improved their levels of diversity.

A best writer or director award will go to an individual from an under-represented group whose work embodies creative excellence, while a best on-screen talent gong will also be handed out.

The special recognition for commissioning award will be picked up by the exec or team which has made most impact in addressing diversity through new commissions or practices.

The evening’s proceedings will climax with The CDN Award for groundbreaking programme, which will be presented to a show which has broken new ground in on-screen portrayal of under-represented groups or had a significant impact in the space.

Acme Films were among the winners last year, winning Company of the Year, while the BBC picked up the Best Diversity Initiative Award for its Vision Intake Pool.