TV Critics: Excluded at Seven; Craft It Yourself; Young and Promising

“This brilliantly observed documentary from the Cutting Edge team brought back a rush of raw memories that are never far from the surface.” 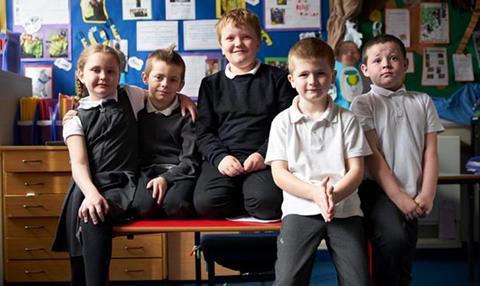 “The real skill of this superb Cutting Edge documentary was not so much in showing us life at the Rosebery through the teachers’ eyes, though there was plenty of that. Rather it was the visceral insights it delivered into what a strange, challenging and threatening place the world can be for some children, especially those who struggle with change and compromise.”
Gerard O’Donovan, The Telegraph

“Both my boys are adults now, but this brilliantly observed documentary from the Cutting Edge team brought back a rush of raw memories that are never far from the surface.”
Christopher Stevens, Daily Mail

“One of the failures of a highly necessary film was that it did not explore the causes of the misbehaviour. Our understanding of how the children were brought back to civilisation was only slightly clearer.”
Andrew Billen, The Times

“Sharon, the head of primary, is amazing: patient, calm, calming, confident, warm, firm when she needs to be, clearly absolutely brilliant at what she does, an inspiration and a legend.”
Sam Wollaston, The Guardian

Craft It Yourself, Channel 4

“I’m not going to weave a Cuban-themed bench out of coloured twine, however on-trend Cuba is in the craft world right now. And I won’t paint coloured lines and patterns on my cups and saucers – because I haven’t got any, but I wouldn’t even if I had. Because I’m over Blue Peter, and there isn’t time to do this stuff, and it’s rubbish.”
Sam Wollaston, The Guardian

“Young and Promising is a new and promising comedy-drama from Norway. The comparison to be made is with Lena Dunham’s Girls, but it is less raw, less affluent, less navel-gazing and, despite everything, more optimistic.”
Andrew Billen, The Times