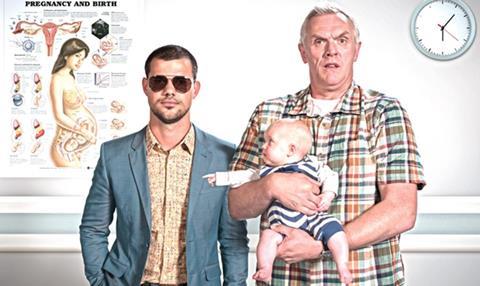 Barclays has launched a £100m fund to help production companies with funding as they secure more business from SVoD providers.

The bank has designed the fund to address cashflow issues experienced by production companies as they win commissions and sell content to the likes of Amazon and Netflix.

While broadcasters typically provide funding towards a programme at the point of commission, the bank claimed that online operators pay on delivery resulting in financial challenges throughout the production process.

Meanwhile, indies who sell programming to SVoD services will be able to use the fund to receive payment in full, rather than being forced to wait for staggered pay outs over a period of time.

Roughcut Television has become the first business to take advantage of the deal, after Netflix picked up its BBC3 comedy Cuckoo in a multi-year deal.

Roughcut commercial director Tim Sealey said receiving an upfront lump sum from Barclays was invaluable because it allowed the indie to continue to invest in developing news shows rather than being forced to wait years for the full balance to be paid.

“Netflix are notorious for paying over a long period,” he said. “Our arrangement with Barclays enabled us get access to the cash much earlier which meant that we could put it to work by investing in further development.

He added that a knock-on effect was improved relationships with writers and artists as Roughcut could subsequently pay staff more quickly.

Head of Barclays media team Lorraine Ruckstuhl said that changing “viewing habits” had prompted the bank to set up the fund.

“We created this fund…to help UK SMEs continue to compete both in the UK and internationally, support increased employment, and create even more great programmes,” she added.