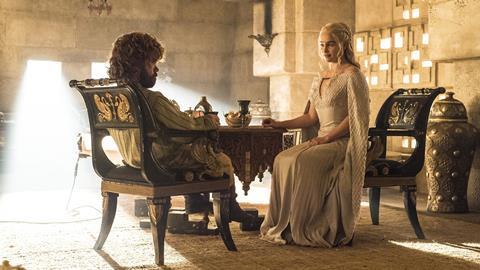 Game Of Thrones DoP to speak at MPS

Game Of Thrones cinematographer Kate Reid is among a host of keynote speakers appearing at this year’s Media Production Show.

Reid, who works across film and television, will discuss her work on shows including the eighth series of HBO’s fantasy juggernaut and ITV’s domestic crime thriller Marcella.

She will also provide insight into Showtime’s Emmy award-winning series Years Of Living Dangerously, which provided first-hand reports from those affected by climate change.

During her 12 June keynote, Reid will also reveal the techniques behind her visual style and the way in which she strives to put the story at the heart of her cinematography.

Elsewhere, the Keynote Theatre will host the Women in Film & TV: Big Debate on 13 June. In the wake of the #MeToo and Time’s Up movements, which respectively highlight sexual harassment and gender bias in the media, the topical panel session will explore the current climate for women working in the industry.

Sundog Pictures chief operating officer Claire Featherstone and Jeva Films founder Cassandra Sigsgaard are among those who will assess the impact of the campaigns and discuss how more women can be attracted into a variety of roles in the industry.

In addition, the Production Theatre welcomes wildlife cinematographers Hector Skevington-Postles and Rob Drewett, who will join the Natural History Filmmaking Masterclass on the opening afternoon of the two-day event.

Alongside producer Ellen Husain, the trio will explore the practical and technical challenges of capturing animal behaviour in a variety of conditions, from extreme temperatures and weather to staying safe among dangerous animals.