“It was deliciously, darkly funny, the Coen brothers by way of Leith” 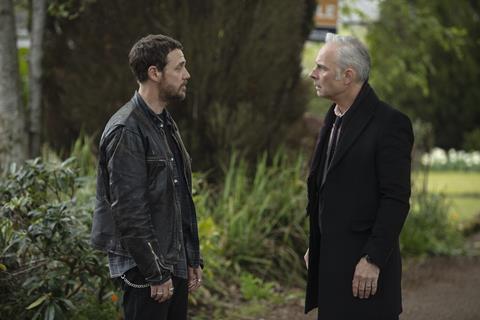 “This four-part thriller was a stealth hit. It delivered where so many others have failed: the acting was superb, the writing whip smart. The twists kept coming. It was deliciously, darkly funny, the Coen brothers by way of Leith.”
Anita Singh, The Telegraph

“Comprising four episodes, it remained tight and sprightly to the end. Guilt, which ended last night, was a lean whippet. Mark Bonnar barely put a foot wrong as the sociopathic lawyer Max; neither did Ellie Haddington as the heart-like-a-brick neighbour. But I liked that the lesser characters also got great lines.”
Carol Midgley, The Times

“This final episode added up to a superb hour of TV and one which cemented Guilt’s place as the unexpected treat of the year. If you haven’t watched it yet, clear four hours to do so.”
Sarah Hughes, The i

“I’ve been glued to this four-part serial all week, and I can’t wait to watch the final episode tonight. It’s a small cast with a tight budget, switching between just a few studio sets, but the sheer energy of the story makes up for any shortfalls. Better this than a heap of multi-million pound special effects any day.”
Christopher Stevens, Daily Mail