“Cramming 10 hefty questions into an hour didn’t allow for much detail and felt a little like a glorified list show.” 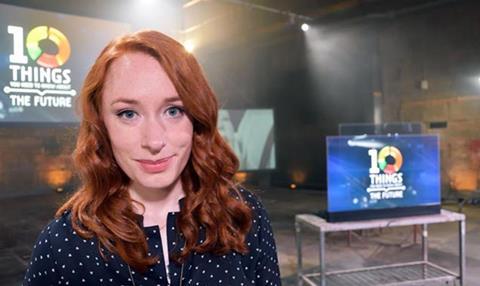 Horizon: 10 Things You Need to Know About the Future, BBC2

“Despite its opening promise that the list was distilled from many and trusted sources, Horizon: 10 Things You Need to Know About the Future was maddeningly thin stuff.”
Lucy Mangan, The Guardian

“Did we really need ten predictions? Perhaps 6 Things You Need to Know … doesn’t sound snappy enough, but given how cursory some of the items were, you wondered if they weren’t acting more as audition tapes for wannabe Horizon presenters.”
James Jackson, The Times

“Cramming 10 hefty questions into an hour didn’t allow for much detail and felt a little like a glorified list show. However, this highly digestible format did provide some interesting perspectives on clean energy, climate change and health, both physical and mental.”
Michael Hogan, The Telegraph

“Science on the Beeb is too often sententious and dull, but by cutting each segment to a few minutes of film, the show kept our interest. This harked back to the golden era of Tomorrow’s World, and Dr Hannah even pinched its theme music.”
Christopher Stevens, Daily Mail

“Graphs have never been much fun, on the telly or off it, although some of the individually-presented segments were full of promise.”
Matt Baylis, Daily Express

“The future is scary, but at least this special presented a world where women are represented in science as much as men.”
Daisy Wyatt, The i

“Ripper Street is the drama that wouldn’t die. Even when the BBC tried to kill it off in 2013, streaming service Amazon Prime stepped in with a wad of cash. Thank goodness they did. It’s gathering to a crescendo beautifully, all slow-burning emotion and fog-shrouded foreboding.”
Michael Hogan, The Telegraph

“The show now feels as if it’s sparring with Taboo for the most visceral period style, both series showing London as a kind of psychopathic phantasmagoria. Ripper Street edges it in the baroque-language stakes.”
James Jackson, The Times

“If you just fancied dipping into the show you’d probably be baffled to switching-off point. Like Sherlock and Doctor Who this BBC series has become something written by the diehard enthusiasts for diehard enthusiasts and to hell with the rest.”
Matt Baylis, Daily Express