Northern Irish indie Stellify Media is only 18 months old but has already scored a major Saturday night primetime commission for BBC1 and a US network pilot with Can’t Touch This. 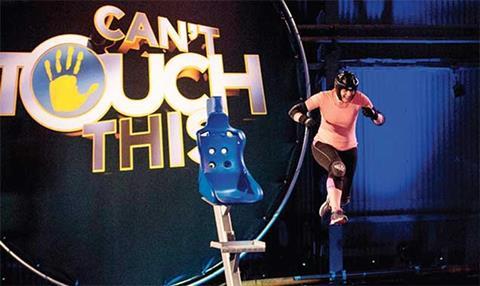 Northern Irish indie Stellify Media is only 18 months old but has already scored a major Saturday night primetime commission for BBC1 and a US network pilot with Can’t Touch This.

Sony Pictures Television, which owns the company run by Kieran Doherty and Matthew Worthy, will be hoping the physical game- show can be the next Total Wipeout, with a slew of global format sales at Mipcom.

The ambitious physical-action gameshow is a life-size game of Mousetrap for humans, with a simple premise: if you can touch the prize, you win the prize.

The game starts with 16 contest- ants who must negotiate an assault course, with the six fastest going through to the next round. They then team up to take part in another game and the winning three go head to head for a chance to win the main prize. The winner must then climb a large platform and jump off, attempting to touch a car on the way down.

The 10 x 60-minute series is presented by former Radio 1 host Zoë Ball and Got To Dance judge Ashley Banjo, and narrated by The Great British Bake Off’s Sue Perkins.

“It’s an absolutely huge show,” says Stellify co-founder Doherty. “The set is about 40,000 square feet and the platform is six metres off the ground. It’s brilliant that the BBC is behind it because it’s a big, ambitious Saturday night show.”

The format was one of the first to emerge after the former Wild Rover executives partnered with Sony in March 2014.

“We looked at the gaps in the market and it seemed like every- one wanted physical action, so that’s where we put our development,” says Doherty. “The show can play anywhere and we’re also shooting a pilot for a US network.”

Stellify is currently filming the UK show in Belfast, but that hasn’t stopped the pair coming up with other ideas for the format.

“In the 15 minutes we’re meant to be catching our breath on set, we’re talking about new round structures,” Doherty adds.