The super-exclusive yachts moored in the South of France are usually reserved for only a handful of senior TV executives and billionaires like Chelsea FC owner Roman Abramovich. 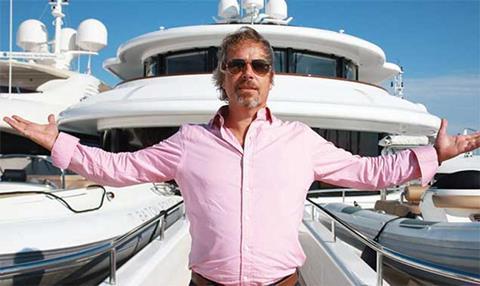 The super-exclusive yachts moored in the South of France are usually reserved for only a handful of senior TV executives and billionaires like Chelsea FC owner Roman Abramovich.

But now, the rest of us will get a close-up look at the gleaming vessels docked in the affluent ports and harbours of the Mediterranean through TCB Media Rights’ Mega-Yachts.

The 60-minute documentary, which looks only at yachts over 60 metres in length, features interviews with their super-wealthy owners, the crews that work on them, the people who design and build them, and the brokers who sell them.

It will follow the big business behind the big boats over one season as everyone gears up for the Monaco Yacht Show, which takes place in Port Hercule and features some of the world’s most expensive boats.

Mega-Yachts is produced by Bristol-based indie Icon Films for Channel 4 and will air in the UK later this year. It will be distributed internationally by TCB Media Rights, the fledgling sales firm set up by Paul Heaney.

The former Cineflix Rights boss says the documentary will be one of 25 new shows distributed by TCB, including 10 that are the result of new relationships with producers.

Heaney, whose firm brought in £7.1m in revenues in 2014, says: “Twenty five new shows, 10 new producers and a record financial year behind us, I think it’s fair to say that from a standing start three years ago, TCB has hit its stride. “We’ve now got 1,000 hours of premium factual content in our catalogue, so we believe we have something to suit broad casters and platforms of all sizes and tastes.”