US network PBS has had huge success with Downton Abbey and wants to leverage this to launch its own original period drama. 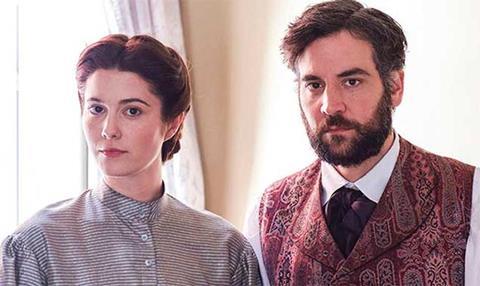 US network PBS has had huge success with Downton Abbey and wants to leverage this to launch its own original period drama.

Mercy Street tells the story of two volunteer nurses on opposing sides of the Civil War. It stars Mary Elizabeth Winstead, who featured in the US remake of The Returned, as nurse Mary Phinney, a feisty widow who works along- side’ Confederate supporter Emma Green (Hannah James) at the Mansion House Hospital, a former luxury hotel.

How I Met Your Mother’s Josh Radnor plays Jedediah Foster, a surgeon who grew up in a privileged Southern slave-owning household.

The series, shot in Virginia, was inspired by letters from doctors and nurses who worked in the hospital during the war.

The producers collaborated with a number of historians and medical experts, including Civil War historian James McPherson and Dr Stanley Burns, who was an adviser on Cinemax’s medical period drama The Knick.

It is executive produced by Ridley Scott through his Scott Free Productions.

Downton Abbey and Doctor Who director Jeremy Webb has directed a number of episodes.

The series is being distributed by fledgling US firm Electric Entertainment, run by Dean Devlin, who produced the 1996 film Independence Day with Roland Emmerich.

The show, which launches on PBS in January, will have its European premiere at Mipcom on 5 October.

PBS is “cautiously optimistic” that the drama will be the first of many to fill that gap.

“I believe that Downton will not be the last great drama,” said PBS president and chief exec Paula Kerger. “No one thought before Downtown hit that there would be another drama of its kind. I believe that there’s another one out there.”