Sweden has a rich history of big-budget drama but the majority of series that have been picked up for the UK, such as ITV Encore acquisition Jordskott and Real Humans, which was adapted by Channel 4 as Humans, have emerged from public broadcaster SVT. 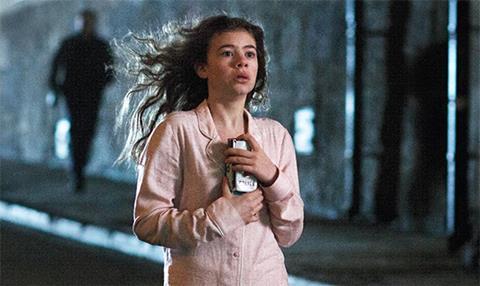 Sweden has a rich history of big-budget drama but the majority of series that have been picked up for the UK, such as ITV Encore acquisition Jordskott and Real Humans, which was adapted by Channel 4 as Humans, have emerged from public broadcaster SVT.

Commercial rival TV4 is now starting to aggressively develop and market its own local productions, and the first major series to come through this strategy is Modus, an eight-part drama based on Anne Holt’s crime novel Fear Not. Holt has sold more than 7 million books around the world in more than 25 languages.

The detective drama follows psychologist and profiler Inger Johanne Vik, played by Melinda Kinnaman, star of The Eagle and sister of Joel Kinnaman, who starred in the US remake of The Killing.

After Vik finds herself and her autistic daughter drawn into an investigation surrounding a series of disturbing and brutal murders, she teams up with detective Ingvar Nymann, played by Henrik Norlen (Wallander), to solve the crimes.

Vik soon notices a pattern and discovers the killer’s weakness and a connection to a ruthless international network.

The series has a total budget of around £6m and is produced by Fremantle Media-owned indie Miso Film, which was set up by Jonas Allen and Peter Bose.

Modus was adapted by Emmy- winning Danish writers Mai Brostrøm and Peter Thorsboe, who wrote The Team, and is directed by Lisa Swie (The Bridge) and Mani Maserrat (Arne Dahl).

Miso producer Sandra Harms and TV4 head of drama Josefine Tengblad say the series was influenced by British thrillers such as The Fall and Broadchurch, as well as Scandinavian dramas.

Harms says Miso was able to beat competition from the likes of Jerry Bruckheimer and other US producers to option the rights to the books as Holt wanted the series to retain the Scandinavian setting.

If the drama is successful, Miso is eyeing two further Holt novels for adaptation.

Fremantle Media International will be promoting Modus heavily at Mipcom and will be hoping it can replicate the success of The Killing and The Bridge.