Nordic noir remains a valuable global commodity – more than eight years after the launch of Forbrydelsen (The Killing). 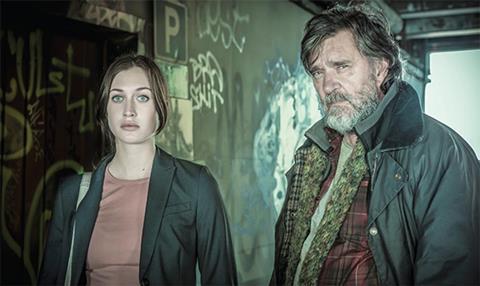 Nordic noir remains a valuable global commodity – more than eight years after the launch of Forbrydelsen (The Killing).

It’s also more than four years since Broen (The Bridge) launched in Sweden and Denmark, and Film- lance International, the production company behind the cross-border detective drama, hopes it has come up with its next international hit.

Springfloden (Spring Tide)is a 10- part drama for Swedish broadcaster SVT based on a book by Cilla and Rolf Börjlindm, writers behind the Arne Dahl and Wallander series.

It tells the story of a gruesome murder in which three men dig a hole, covertly watched by a young boy, to bury a pregnant woman alive as the high tide rapidly approaches.

Some 24 years later, the crime remains unsolved until Police Academy cadet Olivia Rönning joins the force and is challenged by her professor to solve the cold case.

Rönning must overcome several challenges to do so, including a major crime wave in the city, which includes a gang beating up and killing homeless people and posting videos of the murders on the internet.

The series stars Death Of A Pilgrim’s Kjell Bergqvist and Julia Ragnarsson, who played Laura in the second series of The Bridge.

It is directed by Mattias Ohlsson and Niklas Ohlson, who worked on series including The Sandham Murders and Arne Dahl.

Endemol Shine Group-owned indie Filmlance International produced the series in association with Nadcon, the indie run by The Killing and The Bridge producer Peter Nadermann. The Nordisk Film and TV Fond also gave around £200,000 of financial support to the production, which will air on SVT in 2016.