Inside the Foreign Office; The First; Nazi Murder Mysteries; The Kominsky Method

“After last week’s pompous and staid introduction to the Foreign and Commonwealth Office, this was an upbeat episode loaded with eccentricity” 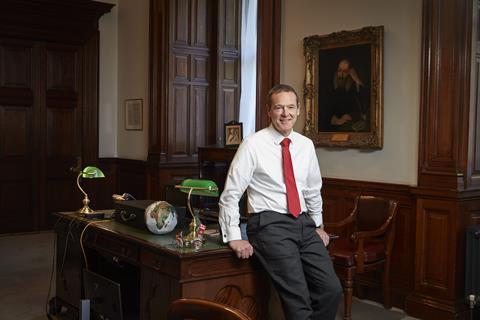 “It was fun watching Boris Johnson get ever-so-slightly tetchy with his adviser in Inside the Foreign Office. It was also fun hearing the director Michael Waldman impishly ask various high-ranking civil servants what they thought about Brexit. The two-second delay when you could see their minds whirring and groping for the most diplomatic answer to the nightmare question was most entertaining.”
Carol Midgley, The Times

“After last week’s pompous and staid introduction to the Foreign and Commonwealth Office, this was an upbeat episode loaded with eccentricity. The mandarins back in Whitehall rolled their eyes whenever Brexit was mentioned, but this documentary suggests the referendum delivered a massive kick up the pinstripes to our diplomats, forcing them out of a lazy rut. Now they are scrambling to secure new business partners and that, as Bridget Jones would say, is v.v. good.”
Christopher Stevens, Daily Mail

“On a few occasions while watching last night I swear I nearly nodded off. I understand that some dramas choose to have a slow, thoughtful pace — nothing wrong with that — but this is too tied up in admin and process and felt at times in danger of slipping into a coma.”
Carol Midgley, The Times

“This was a complex account, briskly and clearly told, with excellent period news footage. But while it focused on the Duke of Windsor’s attempts to frame an innocent man, it made no effort to explain who really murdered Sir Harry. This was only half a story.”
Christopher Stevens, Daily Mail

“As a portrait of ageing masculinity and friendship, it’s wonderful. The two leads are fantastic apart, revelling in intelligently written parts that give them plenty of laughs to play, in addition to well-earned emotional highs as flawed, believable, fully rounded human beings. Where it’s not so wonderful is in anything outside Norman, Sandy and their relationship. All of Sandy’s young students are interchangeably needy, praise-hungry dolts who might as well be listed ‘Millennial Snowflake #1/#2/#3 …’ in the credits.”
Lucy Mangan, The Guardian